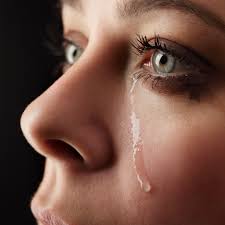 I have been floored by the research I have been doing of late for this blog. Obviously I knew what has been going on for years but the statistics have jumped enormously of late and it scares me to think my beautiful members are at risk.

I really like to base my business on the positive, but today I have to acknowledge the evil in my industry so you and be informed of what is going on.

In 2015 there was over $22 Million dollars scammed from vulnerable singles in Australia and this year we are over $11 ‘million already. We have all seen the current affairs stories or the Dr Phil shake up and we all wonder Why would they hand over their life savings? Why would they keep sending money? How could they fall in love with someone they have never met?

Easy Easy Easy. These scammers are sophisticated criminals that have fine-tuned their scam. They spend months and sometimes years grooming and physiologically breaking down their victims for their end game.

These unscrupulous vile people have their victims so convinced of their love they will do just about anything and they cannot be convinced otherwise.

It saddens me to say I have seen it with some of my members over that years that have been on internet dating. It saddens me even more to say one woman even lost her home. It didn’t matter how hard myself, her friends or her family tried to make her see sense.

I had another beautiful member tell me of a beautiful Russian woman that he had met online. She was only 22 years old, but apparently age was not important to her. (Alarm bell number one) He showed me a photo. Yep she looked like a super model. (Alarm bell two) I told my client what I was thinking and to be careful and he did listen, but I could see he was in love. He honestly felt that this woman was going to move to Australia and marry him. (Even though she had made lots of excuses why she could not visit just yet)

I still remember the day my client flew into my office in tears. Deep down he knew he had been scammed but still did not want to believe it. Her sister had called him and she had been mugged. She needed an urgent operation that cost $2000 . I could see his heart breaking to pieces. Thankfully he came to my office before the bank.

I could list a few more, but I think you get the gist.

The one thing I love about the fact of me being a nosy mother hen. I don’t let just anyone in my door, if I even get a wiff of a gold digger or someone that is just not genuine I do not join them up. I just do not need or want the geif and either do my members.